The development and launch of GEO satellites is an expensive endeavor, so the draw toward small satellites with relatively lower price tags for commercial and research applications seems natural. Within their relatively tiny size, CubeSats need to be 100 percent self contained with every component packed in as tightly and efficiently as possible, as well as being produced to withstand the rigors of launch (i.e. vibration tolerance) and temperature extremes. Size and weight become major factors for launching anything into space, so the smaller every component can be, from sensors and cameras that might be onboard to the solar panels and batteries that make up the power system, the more efficiently it can be put into orbit. Today’s advances in hardware and software technology are enabling the development of rugged space-saving satellite components that are helping the space industry reap the rewards of smaller satellites.

Developing RF components optimized for low size, weight, and power is at the heart of Epiq Solutions’ mission, so it shouldn’t have surprised us when we started fielding inquiries from companies asking about the possibility of integrating our Sidekiq Mini PCIe software-defined radio (SDR) transceivers into small satellite applications. One such company was specifically looking to implement a custom SDR-based wireless modem that could be used to communicate with a ground station on Earth. After experimenting with a few specialized modems designed specifically for these applications and not getting the performance, flexibility, or production timeline needed to meet their specific mission requirements, the company sought a more dependable solution. While not engineered with spaceflight in mind, our Sidekiq Mini PCIe measuring just 30 mm by 51 mm by 5 mm and weighing less than eight grams was ideal to meet this customer's low SWaP goals for their CubeSats. And despite its tiny size, Sidekiq Mini PCIe makes no comprise when it comes to flexibility and performance which satisfied CubeSat target mission requirements.

Our Sidekiq Platform Development Kit provides access to our open software API with an interface for configuring the RF transceivers and streaming data between the host and transceiver, giving the customer a path forward for their modem design that did not require building a custom solution or standing up an expensive RF development team. However, the major unknown here was related to radiation testing: our Sidekiq cards aren’t designed to be radiation tolerant, and we were very up front with this customer on this topic. Since this customer had considerable experience in this domain, they proceeded to take ownership of putting our Sidekiq Mini PCIe card through the required radiation testing to verify it would meet their tolerance requirements. Our engineering team helped provide guidance on a few critical portions of our hardware design that are typically most susceptible to issues with radiation in orbit. After a few months, we heard back from them that the Sidekiq Mini PCIe had passed the radiation testing at a sufficient level, and that they were proceeding with integrating it into the payload for their planned launch.

Time passed, additional Sidekiq cards were ordered, and integration efforts were proceeding forward by this customer, along with technical support as needed from our engineering team. Eventually, the day arrived where the satellite with Sidekiq launched into space. One of the best emails we received that year was when the company confirmed that they had completed the communications link between Sidekiq in LEO and the ground station on Earth. If someone would have told me back in 2009 when we started Epiq that one of our SDRs would be flying in orbit serving as a wireless communications link back to Earth, I would have gotten a hearty chuckle out of it.

Since that initial launch, additional customers have integrated our Sidekiq SDR cards into their satellites, as well. We are by no means experts at space, but we are thrilled to support customers pushing the bounds of RF flexibility in size-, weight-, and power-constrained applications. If you are looking for a small form factor SDR solution for your next project, check out our Sidekiq family of RF transceivers. And if you’re interested in discussing how our SDRs can help you - on Earth or in space - we’d love to hear about what you’re doing. 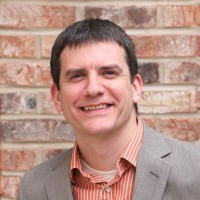